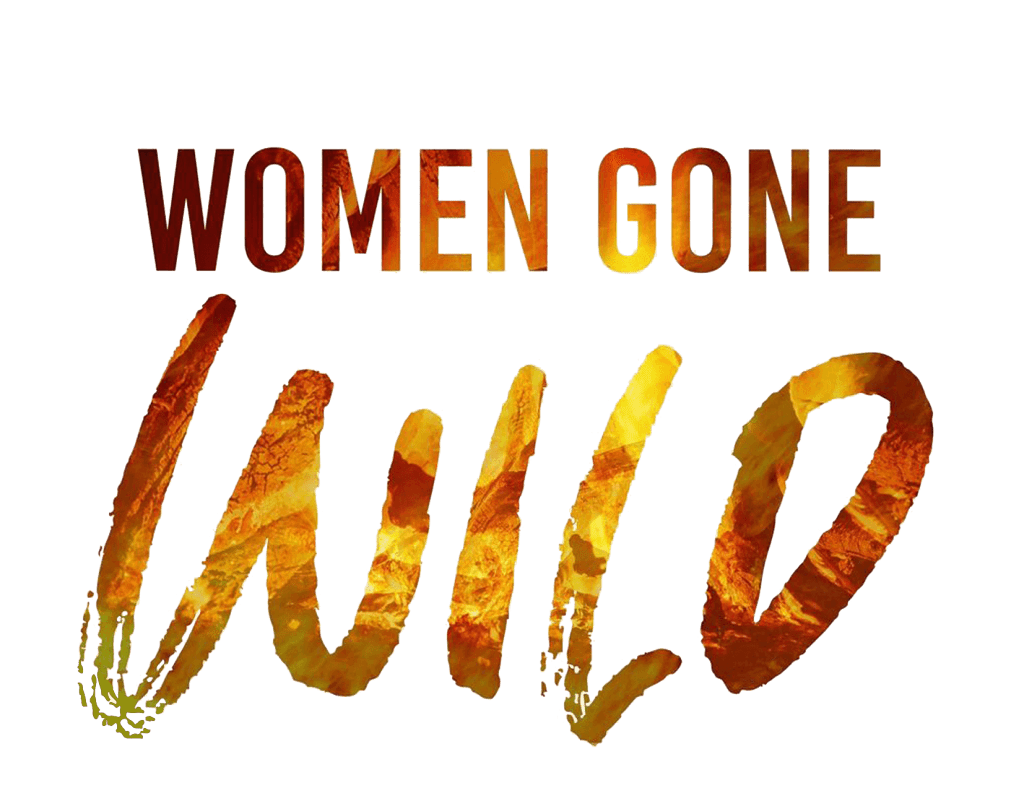 Live Fearlessly.
Become Invincible.
Discover What You're Capable Of.

The Women Gone Wild book is for the women who agree at a deep soul level to be here at this stage in history to lead this global shift that the teachers from the past have predicted: Which is the return of the mother and the rise of the feminine.
Read on kindle

Be quiet. Don't be so proactive. Stop being so emotional. Don't dress like that. That's not a woman's job. Fit in. Smile.
Don't be bossy.

Do you want to break free? Live Authentically? Have a life filled with meaning and purpose?

That’s what we’re about. We are leaders, guides, coaches and shamans who have freed themselves from the ordinary and chosen the extraordinary. Whether you want to chase your dreams, learn how to live authentically or get inspired. Let us show you show you can get there! Society teaches you to be invisible. To not show up as your authentic self. Do you have enough? Because we do. Read More
That’s why we came together, women from all walks of life, to show you how you can go from invisible to INVINCIBLE! If you don’t want to apologize anymore for being who you are, you came to the right place. If you want to change your life, break free from society’s chains and be inspired, this is the right place for you. We collected our stories, filled with struggles, emotions and wins, to guide you on your journey! Let us show you how we did it, and how you can do it as well! WHat it means to be a woman gone wild

This book unpacks  the meaning that society has given to wealth and how its measured. 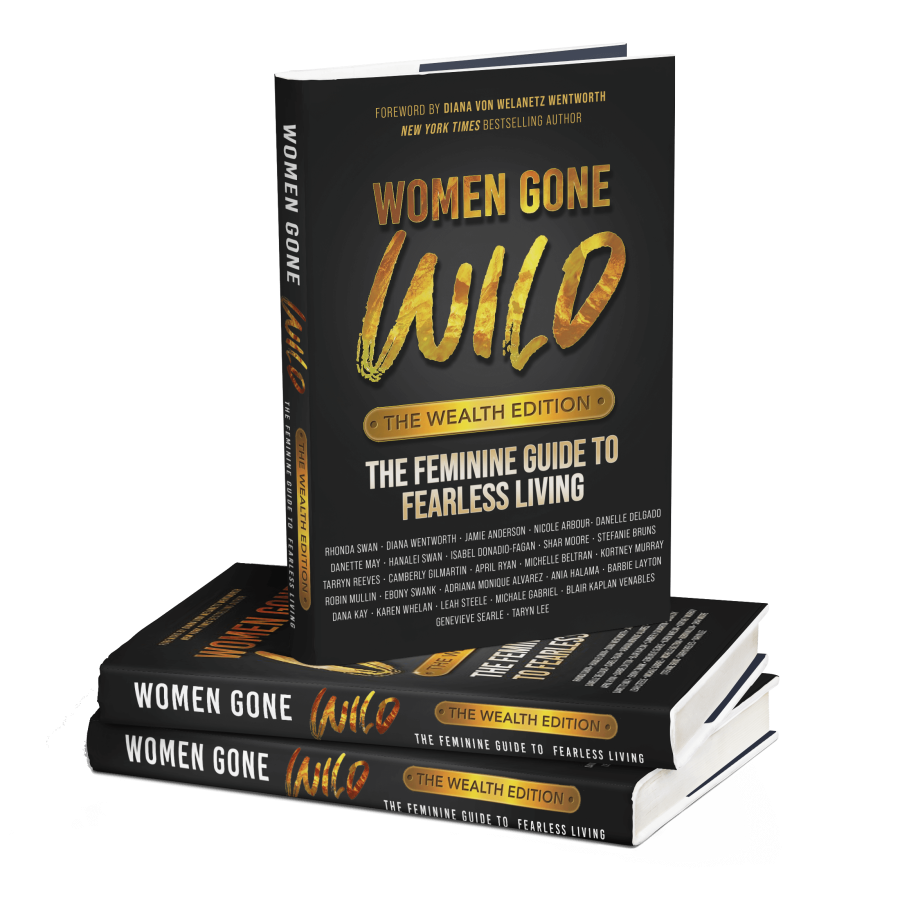 Together we can create magic together, “One WILD Story At A Time”

The Wealth Edition is redefining the definition of wealth, and embracing the magic that comes from letting go of the constraints that keep us from experiencing wealth in every area of life, each women will share their WILD story and how they have accumulated Wealth in every area of their life. This book unpacks the meaning that society has given to wealth and how its measured. Together we can create magic together, “One WILD Story At A Time”
read on kindle 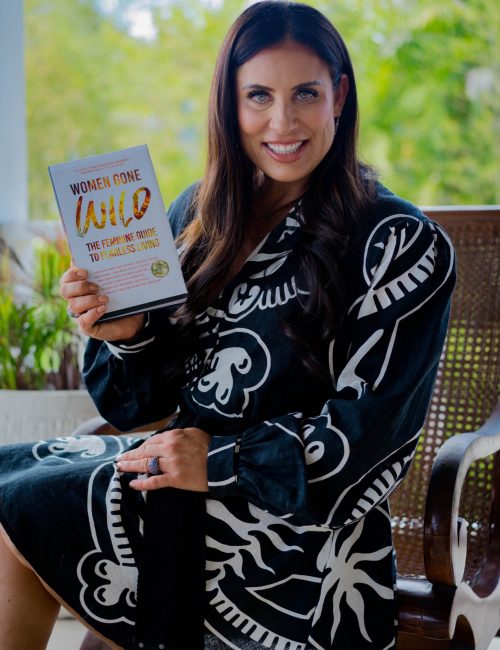 A Word From The Author

The Women Gone Wild book series was birthed during an event in Bali, Indonesia in January 2019.The founder of the book series, Rhonda Swan and 8 of her female clients were discussing how scarce it is to see women collaborating in business these days, and how badly this needed to change. started to tell each other their story one by one, and discovered the one true connection for women is the very stories that got them to where they are today. The Women Gone Wild book is for the women who agree at a deep soul level to be here at this stage in history to lead this global shift that the teachers from the past have predicted: Which is the return of the mother and the rise of the feminine. Read More
It is essentially a call to arms for women to rise up, to tell their truth, and to lead. Most women have spent much of their working lives “making it” in a man’s world, leaning on patriarchal methods of survival in order to succeed, hiding their wildness, dulling down their intuition, allowing others to take charge and ignoring the fierce power of their feminine. They Have ignored the cycles of the feminine in order to survive in a patriarchal linear system – but now the world has changed. Women Gone Wild is a transmission that calls the innate feminine wisdom to rise. It is about healing the insecurities, the fears, and the inherited patterns that stop women trusting their innate wisdom (intuition) that effortlessly flows through them. It’s about recognizing all of the ways we have been keeping ourselves contained and restrained in effort to fit into a certain archetype of woman. It’s about co-creating a whole new archetype of woman – a woman who does not keep herself small in order to make others feel more comfortable. The WEALTH book follows the initial Women Gone Wild Book in the series.
Previous
Next

Jamie Anderson has has built a reputation as one of the best female snowboarders in the world.
Winning a record 19 X Games medals since she was 15 years old. Jamie Anderson has has built a reputation as one of the best female snowboarders in the world, winning a record 19 X Games medals since she was 15 years old. This past season, Jamie went undefeated in Slopestyle and claimed SNOWBOARDER’s “Triple Crown” by taking gold at the three biggest events of the year: X Games, Dew Tour and US Open. She was also named the 2020 Women’s Rider of the Year. Known for her snowboarding style, amplitude and strength, Jamie led the U.S. medal sweep with a gold medal at the first-ever Olympic Slopestyle competition at the 2014 Sochi Olympic Games and successfully defended her gold medal in Slopestyle at the 2018 Winter Olympics Games in PyeongChang, South Korea. Jamie also took the Silver medal in the Olympic debut of Big Air Snowboarding, earning her second medal of the Games and making Olympic history as the first female snowboarder to earn two gold medals and the first female snowboarder to win two medals at a single Olympics.

Get First Edition On Kindle 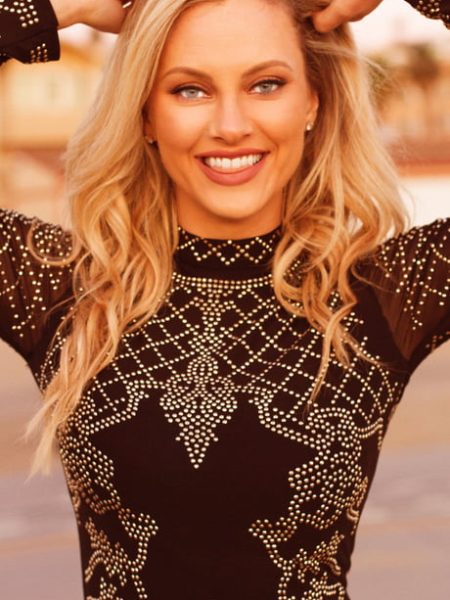 “We need more women coming together and embracing their gifts and unleashing their Wildness!”

“I’m excited to see more women stepping into their power as investor & entrepreneurs. This book will help open  the doors for more women to believe they can do it too” 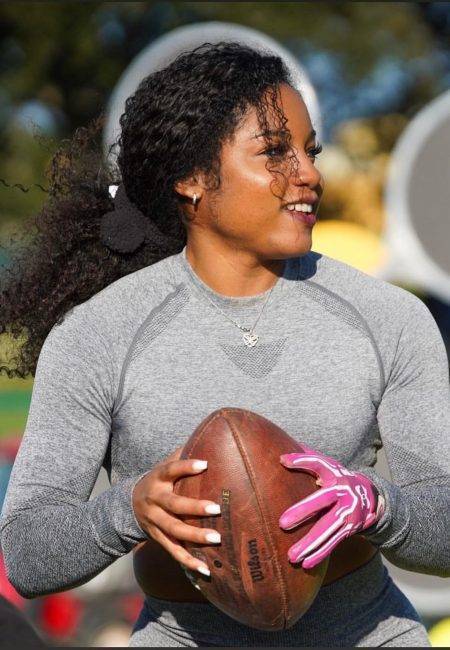 “I Absolutely love what women gone wild represents! There are so many women breaking through glass ceilings right now and I love that this book teaches us how to do that without fear”

“Women Gone Wild is an invitation for women everywhere to rise. It is an inspiring rally cry to find the unstoppable, inextinguishable, powerful force that exists within all of us and to invite that part of us to step forward and lead” Find out what our loyal tribe loves so much about The WGW Series.

others who love wgw

Find out what our loyal tribe loves so much about The WGW Series.

read on kindle
“This is such an important book for the world right now. I love how these brave and talented women are showing examples not to settle for less, to be unstoppable even in the most challenging situations. So inspiring, and I love discovering these powerful feminine leaders and their work in this format. Once I started, I couldn’t put the book down!”
 5/5

Cyan S.
Amazon Customer
“I bought my first kindle book. I could not wait to get my hands on this. After the last 18months this book felt like it was speaking directly to me. My favorite submission was from Alexa West. “Quit Your Lie Life”. I just took the advice and became a big fat Quitter and I couldn’t be happier. Live your authentic life and do so proudly. Fantastic read for anyone!”
 5/5

Kristine C. Bono
Amazon Customer
“As someone who leads a very busy life, I find myself reading less than I used to, and definitely less than I would like to. Women Gone Wild presents itself with easy-to-read chapters, each one just as inspiring and motivational as the last. I particularly enjoyed Ondi Laure’s chapter. One line, in particular, will stay with me, “The journey of becoming cannot accidentally occur.” I highly recommend this book!”
 5/5

Become The Next WILD Author. Apply below!